A weekly session to go through our Progressive Learning Mind Map is crucial when onboarding a new team member.

Using the Progressive Learning mind map every week allows you to build your relationship with your new team member so that you can:

Let’s say one of your team members does not engage in the relationship-building process. In other words, they register a new person without booking regular onboarding sessions to go through the Progressive Learning mind map.

In this case, your new team member is unlikely to become engaged, will gain little from their experience with the CC and may speak negatively to others about the CC.

So, what is “progressive relationship-building”?

As a leader, you should set regular times to meet and build relationships with the person you are onboarding. Typically these regular catch-ups will last for at least the first 4 to 6 weeks of your new team members' journey in your CC-Team.

This sets an excellent example for your team to do the same. In so doing, you can answer their questions about what should happen during these regular relationship-building sessions.

As you develop a trusting relationship with your new team member, you can begin to authentically advocate for them to highly relevant others.

Isn’t this what your new team member is looking for?

You are not just introducing them to other great contacts; you are advocating them to highly relevant others. How much more effective would this process be for your new team members than chasing leads and transactions on their own?

Regular progressive relationship-building sessions are essential to make possible the process of building trust and triggering in your mind relevant contacts for your new team member.

The progressive learning mind map and associated podcast focus on regular relationship-building sessions. Although this mind map contains some tremendous practical learning steps, more importantly, it contains homework to be reviewed with their leader. This homework includes questionnaires about what is important to your new team members.

Good leaders are constantly attempting to help their team members achieve the goals that are important to them rather than being mono-focused on what is important to make their businesses grow.

Helping a team member’s business grow can cause significant stress for them.

Without the proper steps in place, business growth alone is no guarantee of personal happiness.

Furthermore, what delights your new team member is knowing that you will help them onboard their first few team members while they watch, learn and gain confidence in their ability to onboard new members on their own.

Your new team member knows that you know many more people in the CC than they do at this point in time. So they know the first contacts they on board to the CC will be in your fabulous hands regarding facilitated advocacy.

This helps them get excited about onboarding their contacts rather than fearing it.

Your new member will often become excited about people they know who would thrive in your CC-Team and the CC ecosystem.

Most importantly, when your new team members introduce new people, it gives you a chance to meet their contacts and “roll the ball on”.

A case study may help to illustrate some crucial principles.

Using the CC system, George became good at finding like-minded others on LinkedIn. For example, through this process, George found Terry.

After working for 20 years for the same company in the oil and gas industry in Melbourne, Australia, on medical advice, Terry decided to leave this company to move to a different area with a better climate.

When George met Terry on LinkedIn, Terry had been searching for a new role for 18 months. Although Terry had averaged 3 interviews per month, he had, as yet, received no job offers.

George explained to Terry how we reach out to others on LinkedIn for their benefit. After doing this for a while (with George’s active involvement), Terry gradually grew his CC-Team and helped them make great connections.

A (pleasantly) unexpected consequence of this process for Terry was that within 3 months of starting this strategy, he received 3 job offers. One of them was a dream job for Terry.

How did these job offers come about?

When Terry developed a relationship with people he met on LinkedIn, and it became obvious to them that Terry was out to help them, a few of them asked: what are you looking for, Terry - how might I be able to help you?

Three such people had close personal relationships with ideal contacts for Terry, and they were happy to advocate for him to these contacts.

The moral of this story is: why do it the hard way? 18 months of searching for a job or 3 months of network building with great side benefits?

There are many similar stories in the CC.

Terry introduced several great contacts to his team via his consistent outreach on LinkedIn. One of these contacts, Roger, is an entrepreneur in software development with many great connections.

George onboarded Roger while Terry observed. In the process, George developed a great relationship with Roger.

With George’s help, Roger onboarded several people to his CC-Team.

One of them is Stuart.

Stuart is also a highly successful software developer with an extensive list of trusted relationships.

Unfortunately, though, Terry began to experience some unexpected circumstances in his new dream job.

Due to some temporary (or, as it transpired, some not-so-temporary) circumstances, Terry was unexpectedly required to fill in for site managers in remote locations, working long days every second week.

These problematic circumstances significantly disrupted Terry’s ability to reach out and onboard others to his CC-Team.

Fortunately, though, as a true leader, George had developed a great relationship with Roger and could continue rolling the ball forward on Terry’s behalf.

Unfortunately, Nancy came down with an illness and was temporarily unable to build her network. After 3 months of illness, Nancy re-surfaced and (with the help of George) she is now actively building her network en route to Core-5.

With George rolling the ball forward in Stuart's team, Stuart became hugely excited about the potential for building his network with the CC.

Meanwhile, Roger suddenly had a surge in business (mainly due to meeting relevant others in the CC), became distracted and decided to put his CC membership on hold.

However, since Roger put his membership on hold, he has introduced one of his close associates (Steve) to the CC. Steve joined a great team in the CC and has now onboarded his first member.

Back to Stuart (introduced by the now inactive Roger).

Stuart has introduced several people to his team, including Lauren.

Due to personal circumstances, Lauren left the CC after a couple of months. However, before leaving, she introduced Denise.

George has built a great relationship with Denise, who recently became excited and set a goal to achieve Core-5.

As a true leader, George keeps rolling the ball on. George knows this is the fastest way of finding leaders that can eventually replace him.

Following are some of the principles demonstrated by this case study

(1) If George had not practised progressive relationship-building in Terry’s team, Terry’s team would probably not exist today.

(2) Unlike many in his team, George is a true leader capable of consistently rising above his circumstances to build his network.

(3) The many great benefits accruing to those working with George (including the job for Terry and a large amount of business for Roger and Stuart) would not have occurred unless George was actively involved in building relationships and rolling the ball forward. So they have a lot to thank George for.

(4) People typically do not leave the CC because they no longer benefit from it. Instead, they often leave because they allow other circumstances to distract them from the longer-term benefits of consistently building their relationship-based network.

(5) Team members are excited and more engaged when they see their team growing (even if this primarily results from their leader's efforts).

(6) As a leader, you will more quickly find the leaders that can eventually replace you using a progressive relationship-building strategy than by introducing members without helping them to build their teams.

(7) It is critical that you continuously add personal contacts to provide team-building options in case you are temporarily or permanently unable to keep rolling the ball forward in a team you are building.

(8) Many people see the benefits of building their networks but become distracted by the tyranny of the urgent, losing sight of the important. Leaders, Leaners, Lovers, and Lookers At any point in time, you can visualise the status of those in your team as being one of: Leader Leaner Lover Looker However, it is essential to realise that a team member's status is not set in stone and can easily change over time. Lookers are those checking out the benefits of network-building using the CC tools and whether they are prepared to make a consistent effort to grow a team of team-building advocates. Lovers are those who love the CC community and various aspects of the tools provided by the CC, such as the podcasts and the meetings. Leaners have decided they want to build a network consistently and are looking to you to help them develop as leaders. Leaders are people like you who are committed to building a team of team-building advocates. True CC leaders have caught the vision of achieving Core-50.  Most importantly, they understand that Core-50 is simply a matter of finding 4 members of their team who want to achieve Core-10.  In other words, they are not looking to personally onboard 50 people! They are looking to onboard enough people to find 4 leaders who will achieve Core-10 and, in turn, find 4 such leaders.  When these 4 leaders grow a team of 10, they will also have a team of 50+, and the original leader will then have around 200 in their extended community. Leaders with Core-50 in their sights know it only takes 4 leaders, but they also realise that such leaders are not thick on the ground. Leaders ... 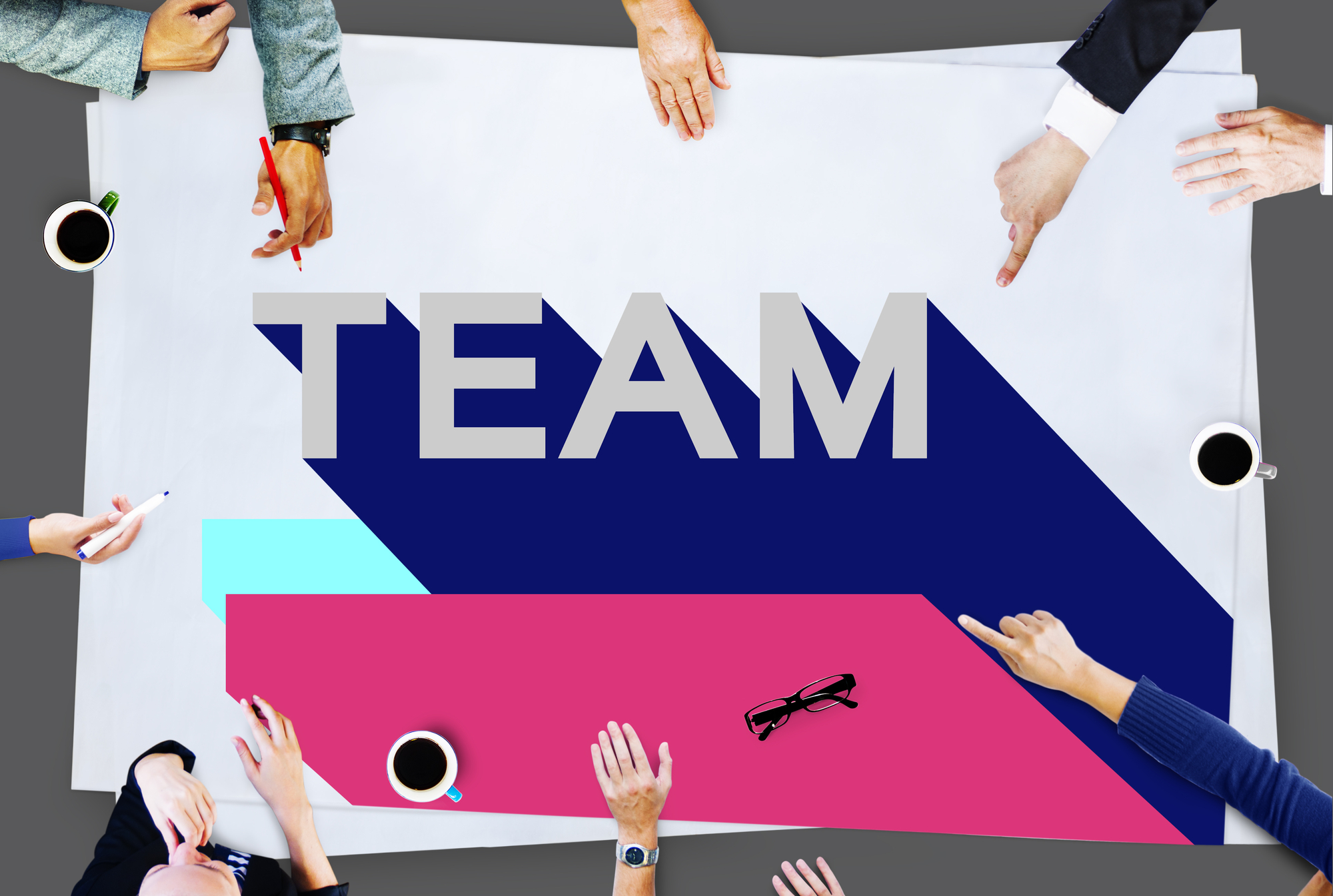 Core-5 is the key to exponentially and sustainably growing your team. The key points to remember about Core-5 are If Core-5 were done using only LinkedIn, it would take only about 200 specific LinkedIn connection requests. What are “specific LinkedIn connection requests”? Specific LinkedIn connection requests are offers to connect that you make to potential candidates you feel could be good candidates for your team. In other words, people with whom you can see yourself engaging in our 4 to 6 weeks progressive relationship-building process.  You are looking for people who see the value of and are willing to regularly commit a small amount of time to find good partners for their teams. In essence, when you get to speak with candidates via a Discovery Call, you will interview them to see if you believe your team would be a good fit for them. How long would it take to send 200 connection requests to a relevant list of LinkedIn candidates? At the rate of 5 per day, this would take 40 working days. At the rate of 10 per day, this would only take 20 working days. In other words, if these rates are consistently maintained, achieving Core-5 in the 90-day challenge should be easy. We can all focus for short periods of time.  And achieving Core-5 is more powerful than most people realise.  When you discover how easy it ...